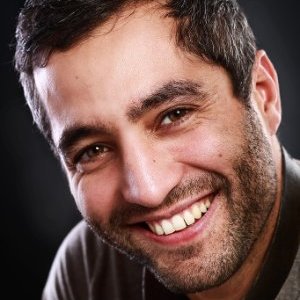 By Jean Mariotte No Comments

EVA, a French startup pioneering the virtual reality (VR) esports sector, announced today it has closed on a €5 million seed funding round from Trust Esports Ventures, BPI, and founders of widely acclaimed tech and gaming companies. The funds will primarily be invested in expanding its network of arenas to the United States, building an executive team, advancing its technological lead, and creating tomorrow’s sports discipline. 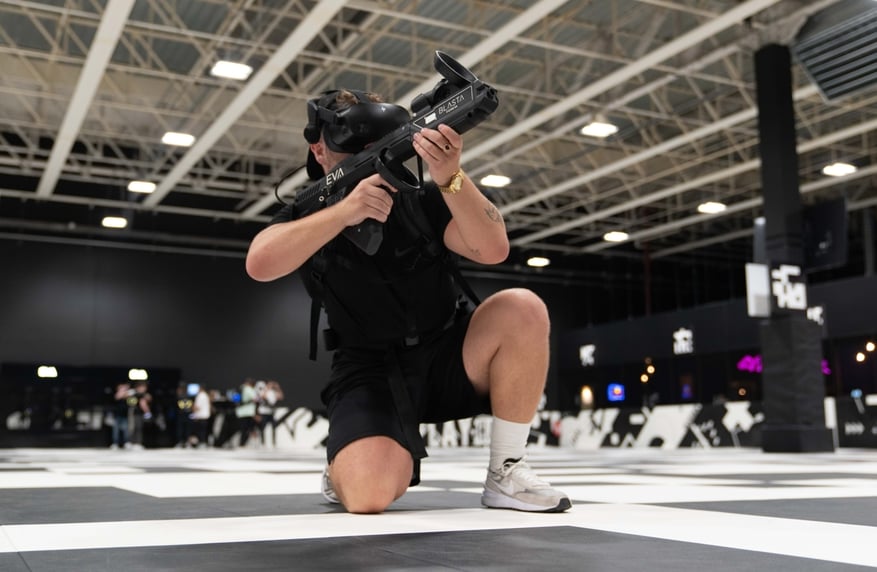 With more than 500 million fans worldwide, 10 million fans in France, and a market size estimated at $1.5 billion in 2021 and more than $3 billion by 2025, esports, or the practice of competitive video games is a rapidly growing market.

The virtual reality (VR) market has also seen phenomenal growth over 2022 with no less than 13.9 million VR headsets estimated to be sold by the end of the year. VR impacts all sectors, from training, health, real estate to of course the video game industry. It is also a key driver behind the ongoing Metaverse / web 3.0 revolution.

Although the number of fans is growing, esports are still struggling to be recognized as a real sport mainly because of the sedentary nature of traditional video games. EVA, in this context, offers today a unique experience in VR esport mixing video games with real physical effort.

Its hyper free roaming technology allows players, equipped with VR headsets, PC backpacks, and connected guns, to move freely in 500m2 spaces (approx. 5400 sq. ft.). In the gaming area, competitive matches are played in 4 vs 4 teams on an exclusive version of the VR esport game After-H, developed and published by EVA.

"Being inside a video game is a childhood dream that came true when I first was able to test EVA," said Jean-Baptiste Rudelle, Business Angel, co-founder and former chairman of Criteo.

With a growing number of players in EVA arenas, the first tournaments were held between teams from all over France and broadcasted on Twitch, creating the very first EVA professional league.

"Our ambition is to create the sport of the future thanks to immersive technologies and to be officially represented at the 2028 Olympic Games in Los Angeles", says Jean Mariotte, co-founder and CEO of EVA.

EVA expands to the American market

With the seed funding of €5 million secured and already operating in 14 cities in France and Belgium as a franchise, the start-up plans to accelerate its development in France and expand internationally, particularly in the United States.

This fundraising round will also allow the company to keep its technological lead by investing in R&D with the objective of making the player experience ever more immersive, but also offering new content that will complement the AFTER-H game that is already played in EVA arenas.

To succeed in this ambitious action plan, the founders have undertaken the recruitment of an experienced C-level team with recent arrivals like Yassine Jaada, Chief Gaming Officer at PSG ESPORTS, as VP esports for EVA, who will work to develop the esports ecosystem through the implementation of tournaments, leagues, and national and international competitions.

"EVA represents the best of what is done today in technology and content creation for VR gaming. It certainly embodies the future of VR esports," adds Alexandre Yazdi, Business Angel, co-founder and CEO of Voodoo.io

It is with ambition and financial means that EVA continues its progression to become the leading player in virtual reality video games, while aiming to become the figurehead of the VR esports scene.

EVA (Esports Virtual Arenas) is a French startup founded in 2018 and pioneering the virtual reality esport sector. Operating on a franchise model, the company has grown very quickly thanks to a concept and technology unique in the world in which players compete by moving freely in a 500m² arena. The EVA arenas are equipped with esports bars to welcome the public and offer a unique spectator experience. Its After-H game was developed internally over 3 years.